Rajasthan is a state in northern India. It covers 342,239 square kilometers or 10.4 percent of India's total geographical area. It is the largest Indian state by area and the seventh-largest by population. 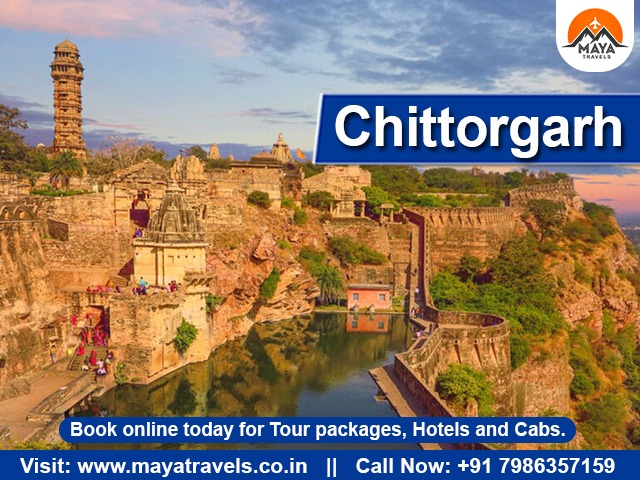 The capital of the erstwhile kingdom of Mewar, Chittorgarh is steeped in folklore and features in many historical epics. History buffs will swear by our claim that it is definitely one of the best places to visit Rajasthan. Chittorgarh Fort is the largest fort in India built on a hilltop, spreading over an area of around 700 acres. The magnificent fortress will always be remembered for the terrible act of Jauhar, or self-immolation performed by Rani Padmini to prevent the conquest of the fort by Alauddin Khilji. The fort, cherished as Padmini Palace, named after Queen Padmini herself, was built with roof pavilions, gigantic pillars, and underground tunnels. The controversial Bollywood movie ‘Padmavati’ was also shot here. 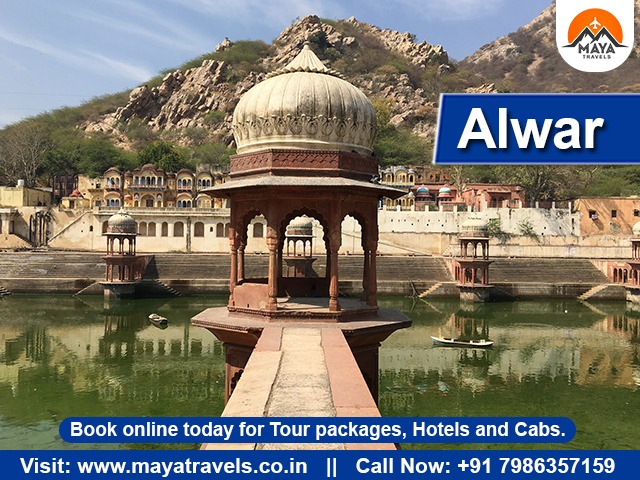 Alwar is the first major city on the way from Delhi to Rajasthan and it is located 150 km south of Delhi and 150 km north of Jaipur. It is an old city where you can visit several forts, nature & tiger reserves, and Havelis. Alwar was also crowned as the oldest and first Rajput state to align itself with the British empire. Its milk cake ('Alwar ka away) and its fort make it one of the best places to visit in Rajasthan. 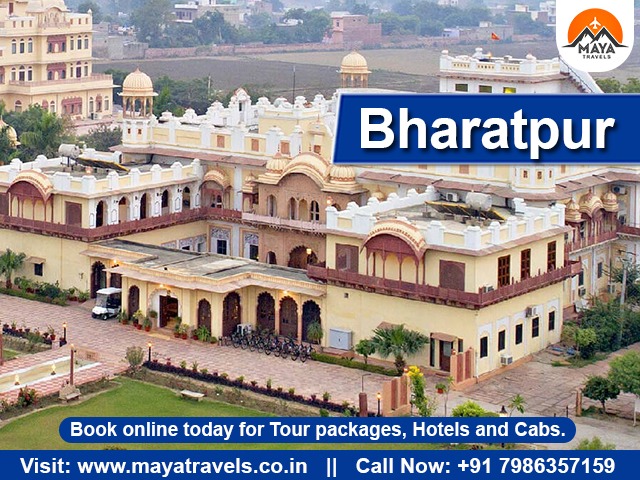 Bharatpur is located in the Braj region and it also happens to be a really interesting place to visit in the Land of Royal Rajputs. It is around 38 km from Mathura. Bharatpur is popularly known as the home of Keoladeo National Park, a sanctuary for over 370 species of animals and birds. This National Park, locally known as Ghana, has been a winter home for the Siberian Crane; a species on the verge of extinction. The home of many gardens, Bharatpur is one leg of the Golden Tourism Triangle that consists of Delhi, Agra, and Rajasthan’s capital. 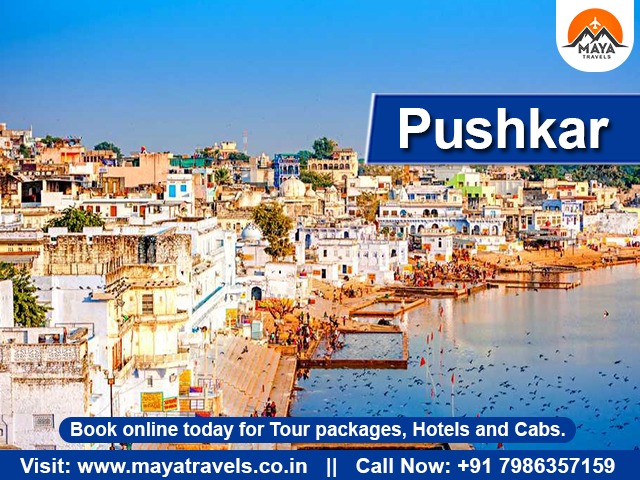 Pushkar is a small temple town located around 15 km from Ajmer in Rajasthan. Pushkar Mela is one of the biggest camel fairs in the country. It is organized in the month of November and it is a globally known event. Pushkar is located amid the Aravali range and has slowly evolved from a religious destination to a multi-cultural hotspot, attracting travelers from all over the world. While in Pushkar, you can spend your evenings sitting at the Ghats while sipping chai or taking a stroll through the narrow alleys and you can probably hear your soul reach out to you. 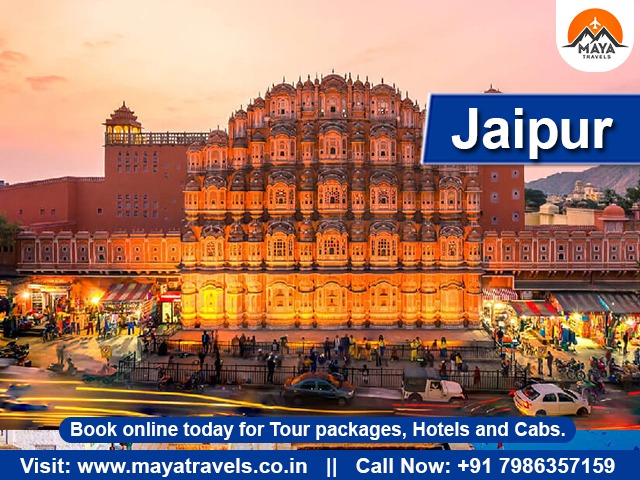 Much renowned for being the princely capital city of the desert kingdom of India, Jaipur is also popularly known as the Pink City, due to the color of its architectural marvels. A city bound by royal palaces, Jaipur attracts millions of tourists from all over the world due to its flamboyant charm, colorful bustling streets, distinct handicrafts, and a perfect balance of the old traditions, and the modern culture. 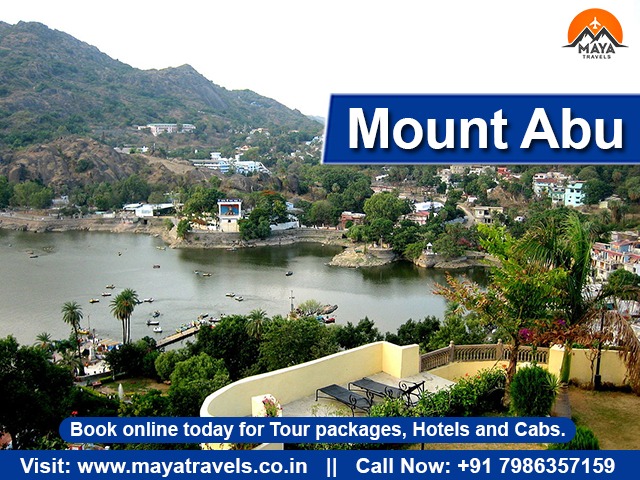 If at all there is one place in Rajasthan that needs no introduction, then it has to be the popular Mount Abu. Much famed to be the only hill station in the heart of the desert state, Mount Abu is one of the great places to visit in Rajasthan in 3 days, and also for a hilly retreat. 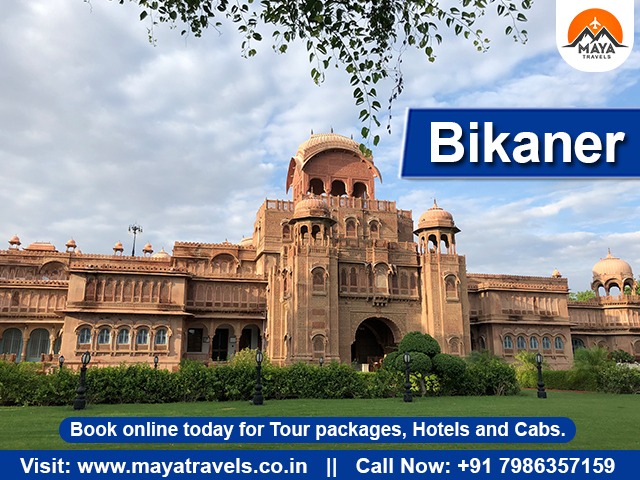 Considered to be one of the best tourist places in Rajasthan in winter, Bikaner is absolutely a delight for those who’re looking forward to a winter vacation. For travelers who wish to skip the hustle and bustle of the major cities in Rajasthan and yet relish the taste of a desert city, Bikaner is an apt choice for them. 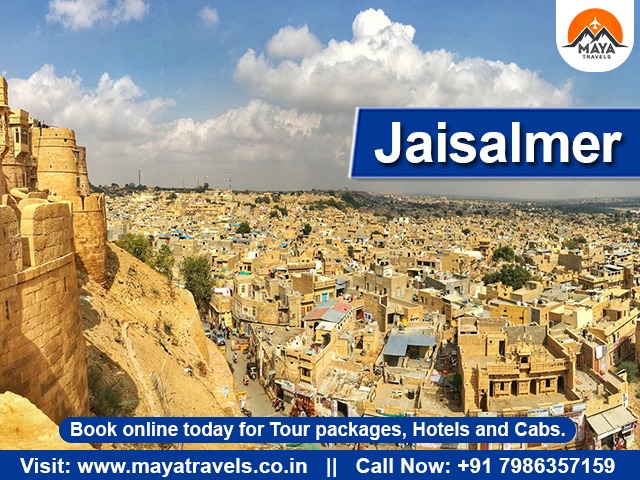 Much famed as the “Golden City” of Rajasthan, Jaisalmer is also popularly known as the gateway to the colossal dunes of the Thar Desert. Being one of the famous places to see in Rajasthan in November, the onset of winters makes it an ideal time for travelers to indulge in desert activities like camel safari, dune bashing, camping, and much more. 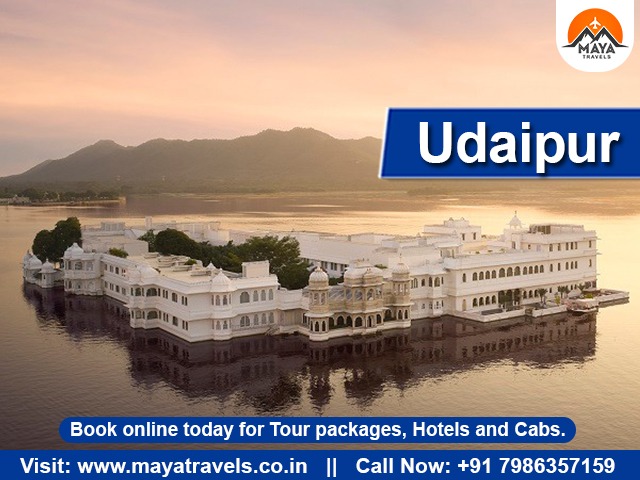 The royal aura of Udaipur not only makes it one of the best places to visit in Rajasthan in November but also makes it one of the most romantic cities in India for couples and honeymooners. Once home to the Kingdom of Mewar, you cannot help but be spoilt for choice amidst the lavish lifestyle and the royal luxuries of Udaipur’s palaces. 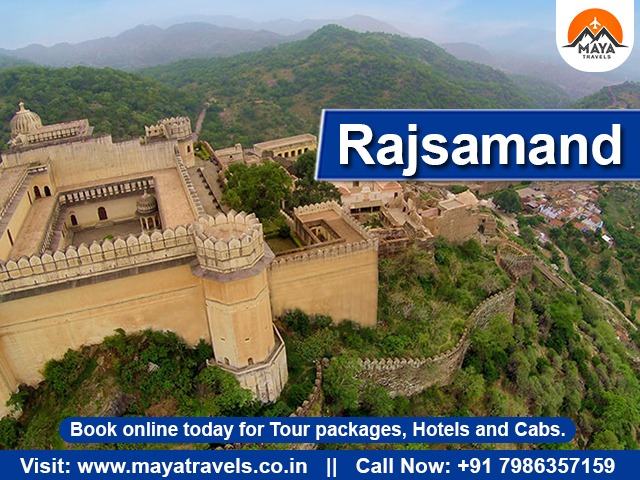 Deriving its name from the famous artificial lake of Rajsamand, the city located at the heart of Rajasthan is world-famous for the production of marble stone. Other than various mining industries, Rajsamand is also famous for being the birthplace of the famous Mewar King, Maharana Pratap. 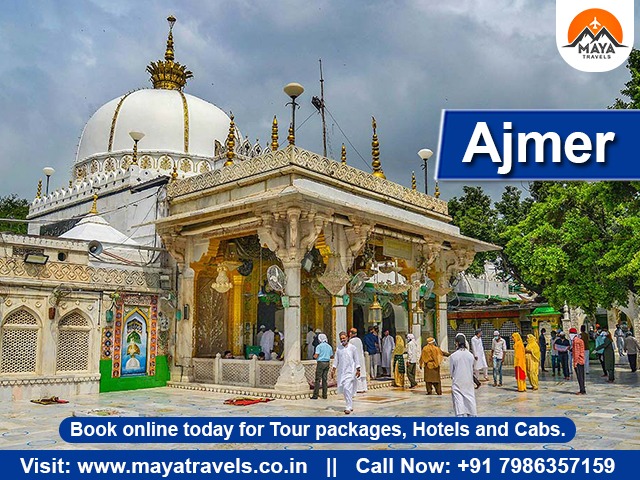 Often considered one of the best places to visit in Rajasthan, Ajmer was witness to the full might of the Mughal power. Here, you can witness the exquisite Mughal architecture built in an aura of spirituality. Ajmer is also one of the most renowned religious tourist places in Rajasthan for Jains because of Golden Jain Temple. Surrounded by mountains & Aravali ranges, it is famous for the Shrine of Saint Muin-ud-din Chishti. Many believers from all over the world flood the city during Urs, to commemorate the death anniversary of Saint Moinuddin Chishti RA. Travelers visiting Pushkar, too, stop by Ajmer for a day. 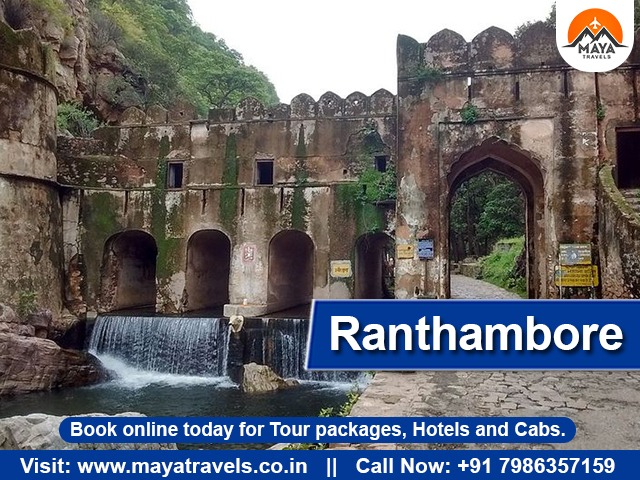 Ranthambore, considered one of the best tiger reserves in the country, is one of the best Tourist places in Rajasthan. Along with the chance of spotting a tiger basking in the sun, Ranthambore has rich flora and fauna making it one among many sought-after places to visit in Rajasthan. Nestled in the foothills of Vindhya and Aravali Hills, Ranthambore’s safaris will make for an action-packed day. 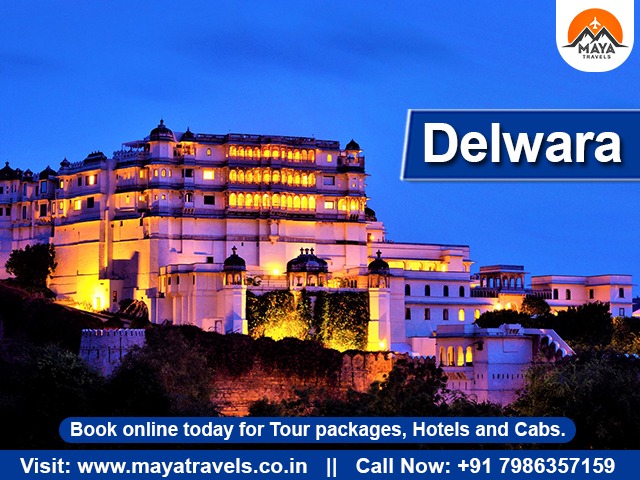 Looking for a hideout with your partner in crime? Head to Delwara. Delwara is very famous for its water bodies, vintage houses, the Indra Kund, and age-old temples. Because of its offbeat nature, this place is sparsely-crowded and therefore frequented by romantic couples in search of privacy. Rejoice in your love within the Devigarh Fort and visit the age-old stepwell of Trimukhi Bawri.

So, whenever you plan to visit Rajasthan, utilize your InterMiles membership and make sure that you collect miles on all your bookings and redeem them to get exclusive benefits and discounts. 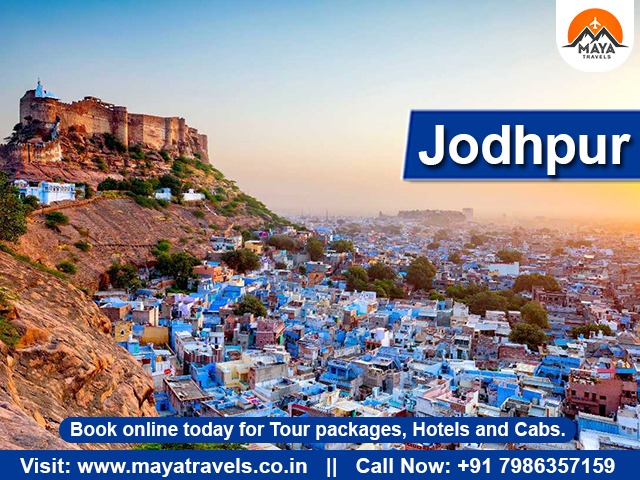 Jodhpur is famous for its Mehrangarh fort, blue houses, temples, sweets, and snacks. It is also acknowledged as the Blue City and the Gateway To Thar Desert. The former capital of Marwar, Jodhpur with its mighty Mehrangarh fort overlooking the city is one of the best places to visit in Rajasthan. The city from the fort looks completely blue in color because of its blue walls and blue houses. Jodhpur witnesses thousands of tourists round the year from across the world. 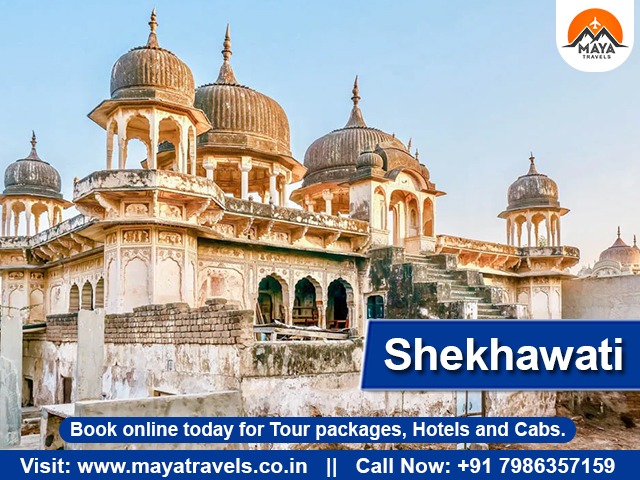 Shekhawati is a semi-arid getaway full of open-air galleries, enchanting Havelis, palaces, and legendary forts. This region has been recognized as one of the best places to visit in Rajasthan. The inhabitants of Shekhawati are always considered hard-working & brave warriors, and the largest number of soldiers in the Indian Army are from this region.